Julianne Hough wanted to get married

Julianne Hough reportedly broke up with Ryan Seacrest because he didn't propose to her as she was keen to tie the knot with him. 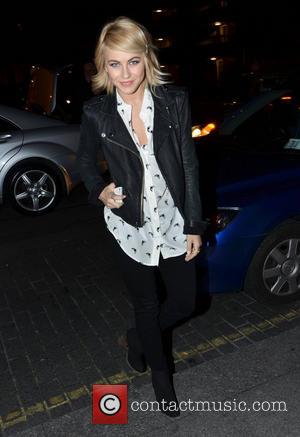 Picture: Julianne Hough - Author of 'Safe Haven', Nicolas Sparks and co-stars in the film of the same name, Josh Duhamel and Julianne Hough arrive at...

Julianne Hough reportedly broke up with Ryan Seacrest because he didn't propose to her.

Although the 38-year-old 'American Idol' host was looking at rings, friends believe he took too long to get around to it, leading Julianne to end the two-year relationship.

A source told Us Weekly magazine: "He just wouldn't propose. [However] Ryan was this close to looking for rings. He did want to marry her. Julianne is the only girl Ryan allowed him to get serious with. He's so upset that it's over."

Ryan's busy schedule was also a factor in their break-up.

The source said: "I can't tell you how many times she dropped everything to see him. Julianne couldn't compete with everything he had going on.

"Ryan loved how independent she was but she also got busy. Not like she was sitting home waiting for him."

However, friends think they could get back together at a later date.

A source said: "They are still talking. He does wants to settle down eventually. I could really see them giving it another try."