Julianne Hough has become ''best friends'' with Mary J. Blige since starring alongside the hip-hop legend in 'Rock of Ages'. 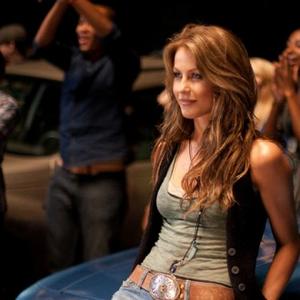 Julianne Hough has become "best friends" with Mary J Blige since working with her in 'Rock of Ages'.

The 23-year-old beauty talks to the 'Be Without You' hitmaker every week and thinks of her as a mother and a sister all-in-one, despite admitting they are an unlikely combination.

The 'Footloose' star exclusively told BANG Showbiz: "We couldn't be more opposite looking at each other, but we've now become best friends. It's great!

"She's a real woman, she's so sweet. She left me a long message the other day saying I'll be whatever you want me to be, your mother, your sister, your aunt, your friend."

Since bonding with Mary on the set of the movie, the country singer/songwriter has now set her sights on collaborating with the hip-hop star in the future.

She added: "I hope to work with her in the future - she's incredible. We talk every week. She's great."

As well as singing and winning talent show 'Dancing With The Stars' twice, Julianne has forged a movie career that has seen her portray Ariel in 2011 dance movie 'Footloose', which she describes as the "perfect" film for her.

She explained: "It was the perfect movie for me - all singing and all dancing. I loved doing it and the cast were so fun, they're all just such cool people. It was great."

'Footloose' is available on Blu-ray & DVD on 6 February from Paramount Home Entertainment.