'Still Alice' star Julianne Moore has confessed she often feels as if her career is out of her control. 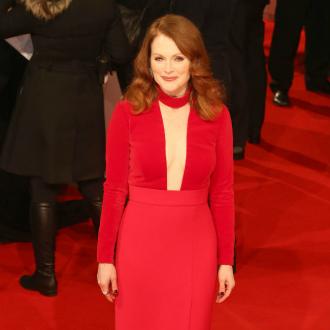 Julianne Moore's career feels out of her control.

The 54-year-old star - who won the Best Actress prize for her role in 'Still Alice' at this year's Academy Awards - has confessed she finds the movie industry completely unpredictable and insists the only power she holds over her career is whether to say ''yes or no'' to a role.

She told The Sunday Times newspaper's Culture magazine: ''We have less control over our careers than people think. The only control any actor has is whether to say yes or no. There are times when lots of scripts might come your way, and times when not so many come your way.''

However, the flame-haired beauty noted her fellow Best Actress nominee Reese Witherspoon as an exception to the rule, and admires the star - who is up for the prestigious accolade for her role in 'Wild' - for actively creating and producing films with strong female leads.

Julianne said of the actress, who set up her own production company, Pacific Standard, in 2012: ''We don't have that control unless we do something extraordinary. Which is what Reese Witherspoon did this year. She produced two really great films [Gone Girl and Wild] with really great women's parts.''