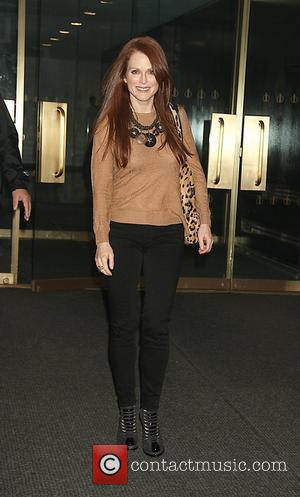 Julianne Moore, Robert De Niro and Neil Patrick Harris gathered at a glitzy event in New York on Monday (28Nov11) to campaign for same-sex marriage to be made legal across America.
The A-list stars were joined by U.S. Vogue editor Anna Wintour and funnyman Jerry Seinfeld at the flagship Calvin Klein store in the Big Apple to launch the Americans for Marriage Equality movement.
Moore told reporters, "Everybody deserves to be able to marry the person they love and have a family dynamic... This is something we are going to look back on in the years to come and say, 'I can't believe it took us so long.'"
In June (11), New York became the sixth state to allow gay unions.