Dame Julie Andrews Is Going Back To Her Theatre Roots To Direct An Upcoming Production Of My Fair Lady In Australia. 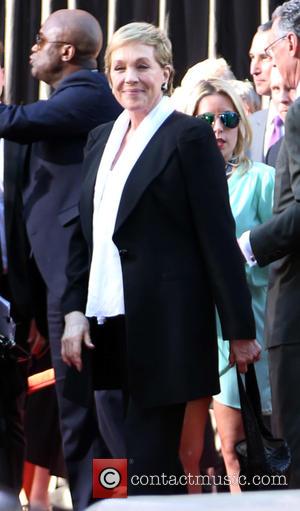 The actress/singer, who originated the role of Eliza Doolittle on Broadway in 1956, is heading back to the show as a director to take charge of an upcoming 60th anniversary production at the Sydney Opera House.

The stage adaptation of George Bernard Shaw's Pygmalion will open at the iconic venue in August next year (16).

Andrews says in a statement, "I am thrilled to have been asked to direct My Fair Lady at the Sydney Opera House in August 2016. I look forward to coming to Sydney this November to cast the production and begin the process of bringing this great musical to life once again."

Andrews had been tipped to reprise her role as Doolittle in the classic 1964 film of the same name, but the role went instead to Audrey Hepburn.