June Squibb addressed rumours of Jack Nicholson retiring and claims he's just waiting for the right role to come along. 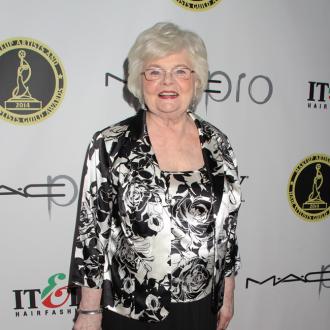 The 'Nebraska' actress starred opposite the 'As Good as It Gets' hunk in 2002's 'About Schmidt' and claims the actor is just waiting for the right role to come along.

Talking exclusively to BANG Showbiz, she said: ''I think if Jack found a script that he wanted to act in or direct then he would.''

The 84-year-old star recalled her days on set where she played Nicholson's on-screen wife, Helen, who dies leaving Nicholson's alter-ego to contemplate his life without her.

She explained: ''Jack Nicholson is fun to work with, he's such a good actor. We did a lot of improvising in that film.''

Rumours have been circulating about the 76-year-old actor's retirement, with some reports claiming it is due to Nicholson suffering from memory loss. It was also suggested that he turned down the leading role in 'Nebraska', which was subsequently give to Bruce Dern.

Addressing these whisperings, Squibb added: ''Bruce Dern is a very good friend of his. And we heard that there was no truth in it.''

Meanwhile, she is returning to the stage to star in 'Driving Miss Daisy' at the Dallas Theatre Centre in Texax which will be her first project since starring in critically acclaimed film 'Nebraska' in 2013.

Squibb said: ''I've done a lot of work in regional theatre. I'm going back to in the fall and I'm doing 'Driving Miss Daisy'.''