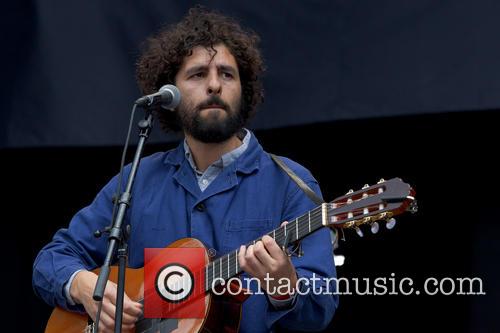 By Andrew Lockwood in Music Reviews on 13 June 2013

Jose Gonzalez has not exactly been living the quiet life since the first Junip album, 'Fields', back in 2010 but it has taken him a while to come back into the fold and collaborate once more as part of this trio. The gap doesn't seem to have negatively impacted on the product as this self-titled album is full of hidden gems just waiting to give themselves up. If you're after immediate tracks with instant connectivity and clear commercial potential then Junip, the band or the album, are not for you, both are to be found under the term 'grower'.

The ten track set from Junip is full of subtle touches, intricate details and is sometimes more about what has been left out than put in. Less is more and artistic direction has had a strong enough will to determine that the production and arrangement are true to the band.

'Line Of Fire' sets the scene for the album with its revolving rhythms, undulating guitar and beautifully toned, smooth vocals. The harmonies build as a wall of sound washes over you: "Standing on higher ground, when you hear the sounds, you realize it's just the wind. And you notice it matters, who and what you let under your skin." The synthesised notes of Tobias Winterkorn's Moog usher in the softer sounds of the Folktronic track 'Suddenly'. The lighter percussive tempo has a no less engaging and enthralling vocal delivery before the bigger beats of the more extroverted 'So Clear' kick in. Here, a strong bass undercurrent scores the electro driven track as keyboard flourishes abound.