'The Brass Teapot' sees a young couple given the ultimate payoff, before things start to go wrong.

Juno Temple appears destined for stardom and her latest stepping stone to the top is 'The Brass Teapot,' a movie based on the comic book of the same name. A sort of indie-romance-fantasy-comedy, the movie follows the story of a married couple who are struggling financially to live in the big city. Of course, when this happens, there's really only thing to do: buy a teapot that magically fills with money every time you hurt yourself. Right?

Directed by Ramaa Mosley from a script by Tim Macy, The Brass Teapot see's John and Alice (Michael Angarano and Juno Temple) living a life of physical pain to enjoy huge luxuries. They start waxing, tattooing, hitting each other while all the while becoming richer and richer. Though initially insisting on stopping after reaching one million dollars, Alice (shock horror) finds herself unable to stop wanting more, putting herself and John in grave danger. It all appears pretty harmless and will no doubt appeal to a certain crowd, we're just not sure which yet. Nevertheless, Temple is an actress on the up and she's worth watching in anything at the moment. The Brass Teapot, also starring Alexis Bledel, will get a limited opening in the U.S. on April 5, 2013. It screens at the Phoenix Film Festival on the same day. 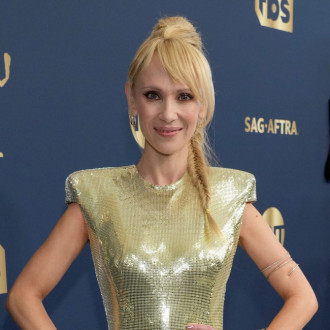