Justin Bartha ties the knot with his fitness instructor girlfriend Lia Smith in a private ceremony in Hawaii with Reese Witherspoon being among the guests. 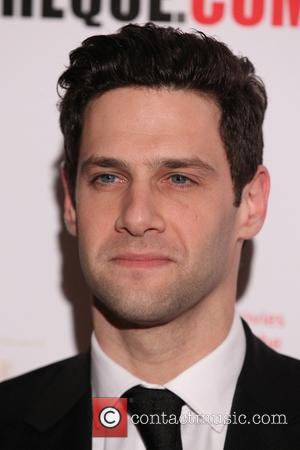 One of the stars of the comedy trilogy 'The Hangover' franchise married his longtime girlfriend, but unlike the films there wasn't any wild antics.

The wedding took place on the island of O'ahu at Kualoa ranch, the ceremony was held in the lagoon at the ranch and the reception was held in the valley, E!News reports.

It was a small intimate affair to say the least with only around 20 people attending, but two guests included fellow Hollywood star Reese Witherspoon and her husband Jim Toth, who is Bartha's agent.

The pair didn't publically announce their engaged but Justin popped the big question last May (2013) while on vacation at Post Ranch Inn in Big Sur, California.

An eyewitness at the big day told Us Weekly, "Lia wore a white dress with thin spaghetti straps and jeweled sandals."

"Justin wore a dark colored suit and burgundy socks. They were sweet together and looked very in love. He was holding her bouquet for her and walked with his arm around her after the vows."

Adding, "She had a big smile on her face and nuzzled her face up to his neck. Their family and friends seemed so happy for them and had an incredible time hanging out in Hawaii leading up to the wedding. It was a destination wedding for all."

The pair first acknowledged their relationship to the public almost a year ago to the day when they were spotted on a beach in Hawaii, where Lia is originally from, on New Year's Day in 2013.

This is the first marriage for Bartha but he was previously in a relationship with fellow actor Ashley Olsen from 2008 until 2011.