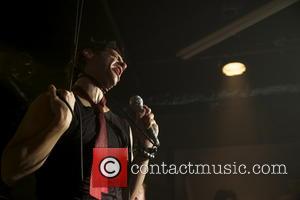 The actor realised he would have to get rid of his body hair as he researched his role as The Dead Boys frontman, and went all out to look smooth.

Bartha explains, "They took the Jew right out of me... I got it all waxed, baby! Stiv used to do some drugs and drive down the highway and they (bandmates) used to moon people while they were driving... He also gets oral sex onstage (in the movie).

"Normally, I have some hair on my body and I knew I would have to lose some weight (to play Bators), and on the way to the gym there was a sign that I would pass everyday that was for a waxing place... I had to do it."

But he admits his first, and possibly last, full waxing was a humiliating experience: "You go into this room with a woman that clearly does this everyday... I did my arms and my chest and then I was like, 'Can I please have the between-the-cheeks,' and she was like, 'Sure, flip over!' as if I asked for a piece of gum... It was humiliating."