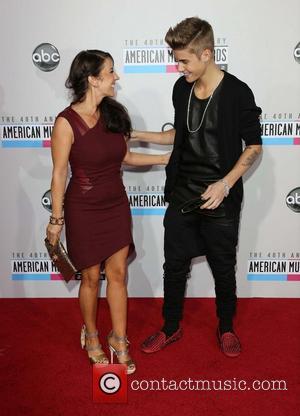 Has Justin Bieber fallen out of favor with his fellow country-folk? He’s not had a terribly good few days with the Canadians, it seems. It started when he decided to accept his Diamond Jubilee Medal from Canadian Prime Minister Stephen Harper, wearing half-undone overalls and a backwards baseball cap. Whether it was this that prompted the booing that he received at Canada’s Grey Cap football match, or something else, we’re not sure. One thing’s for certain though; they didn’t like him and they went out of their way to make it obvious.

According to the Associated Press, the crowd at the stadium in Toronto booed when Bieber’s face popped up on the big screen. They booed again when his name was called. And they continued to boo when he performed ‘Boyfriend’ and his recent single ‘Beauty and the Beat.’ Bieber’s a tough little cookie though. Either that or all those years on noisy stages has left him hard of hearing. Either way, if he was upset, he didn’t show it. Either he was unaware, or belligerent but he posted a message on Twitter after the game to say “Thank you so much Canada, I Love you.” Oooh, actually, maybe that was sarcasm! Do we think Bieber’s mastered sarcasm yet?

The Prime Minister decided to leap to Bieber’s defence, regarding the whole overalls thing. He posted a message on his own Twitter feed, joking “In fairness to (Bieber), I told him I would be wearing my overalls too.”