It's Still Bieber's World At The Top Of The U.s. Album Charts 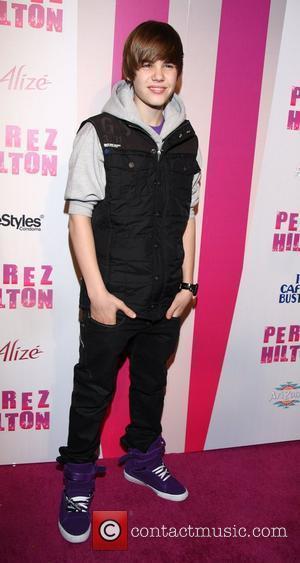 Justin Bieber has held off a charging MGMT from the top spot on the U.S. album charts.
The teenage pop star has scored a second successive week at number one on the Billboard 200 with My World 2.0, with MGMT debuting high at two with Congratulations.
Neither album managed to crack 100,000 sales for the week.
Lady Antebellum return to the top three at three, thanks to their triple win at the Academy of Country Music Awards on Sunday (18Apr10), while Usher's Raymond v Raymond falls to four and rockers Coheed and Cambria debut at five with Year of the Black Rainbow.
Meanwhile, rapper B.o.B has ended Rihanna's reign at the top of the U.S. singles chart. His Nothin' On You will take over at number one when the new chart is officially unveiled on Thursday (22Apr10).
B.o.B also lands the week's highest new entry - the in-demand hip-hop star's Airplanes, which features Hayley Williams of Paramore, will debut at 12 on Thursday.