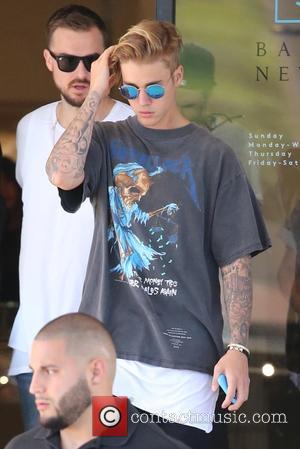 Bieber made an unexpected appearance at the event kick-off in Los Angeles on Saturday (25Jul15) to show his support for his fellow Canadians, and he bonded with Balvin backstage after the reggaeton star's performance with singer Becky G.

On Sunday (26Jul15), Balvin shared a video clip of himself with Bieber, as he tried to teach the 21 year old how to say, "Bro", short for brother, in Spanish.

He captioned the footage, "Colombia and Canada @justinbieber teaching him to say PARCERO".

Bieber was the only star Balvin met up with at the games - actress Eva Longoria also showed off an Instagram photo of the singer kissing her head.

She wrote, "Backstage at the Special Olympics World Games with @jbalvin!"