Justin Bieber is being sued by a man who claims to be Selena Gomez' biological father and has claimed the singer stole form him to fund a penis enlargement and an abortion. 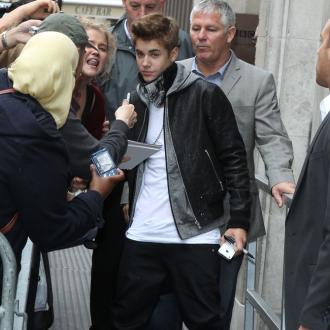 Justin Bieber has been accused of stealing a credit card to pay for a penis enlargement.

The 18-year-old singer is being sued by an unnamed person - who claims to be the real biological father of the 'Baby' hitmaker's girlfriend Selena Gomez - for the alleged theft and has also been accused of using the card to pay for an abortion.

''This was used as abortion money because Justin Bieber got my daughter Selena pregnant in my bedroom, on my Canadian bear rug.

''[He] gave Selena an STD and also got a penis enlargement with my stolen American Express card.''

The Michigan citizen - who claims Justin has cheated on Selena with Rihanna, Penelope Cruz and Ke$ha - has also claimed in the suit that Justin's mentor Usher sexually abused him with a firework.