'American Idol' bosses reportedly want Justin Bieber, Selena Gomez, Pink and Diddy to join the panel for the new season of the show. 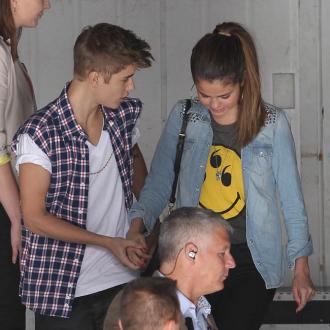 Justin Bieber, Selena Gomez, Pink and Diddy are being lined up for the new season of 'American Idol'.

Producers on the show are reportedly desperate to sign up the quartet to replace current judges Mariah Carey, Nicki Minaj, Randy Jackson and Keith Urban after ratings fell dramatically this year.

A source told RadarOnline: ''It's been a lackluster season for 'Idol' and everyone involved with the show is well aware of it so that's why producers are franticly working on lining up big name stars for season 14. ''There's more drama going on behind the scenes of the show than on the stage, and that's why there's a major overhaul in the works. A telling sign was that the highlight of the season was Mariah and Nicki's explosive feud that was leaked on the web - and that was before the season even aired. Producers have been trying to recreate that buzz ever since and it hasn't worked - the public isn't buying it. The judges don't have real chemistry, and there's no real standout contestant.

''That's why they want to go big next season, and you can't get any bigger than Justin Bieber. The executives are calling it their dream team because who wouldn't tune in to see Justin and Selena, Pink and Diddy? Pink has been approached in the past and turned it down as well as Diddy, who wanted too much money. It will cost a fortune to get them, but the show has gotten so stale that Fox is desperate for a revamp - they're willing to pay to put Idol back on top.''

According to the source, the only person on the show who will definitely return next year is host Ryan Seacrest.

The insider added: '''Idol' is not the water cooler show it used to be - it's not hip and become really boring. If producers have it their way - Justin, Selena, Pink and Diddy will be sitting at the judges table next season and that's a powerhouse group and everyone would tune in to see.''