Justin Bieber Responds To Being Accused Of Attempted Robbery

The 20 year-old singer took to Twitter to address claims that he tried to steal a women's phone: "My mom raised me to be kind to others. I get judged, harassed, and I try to take the high road." 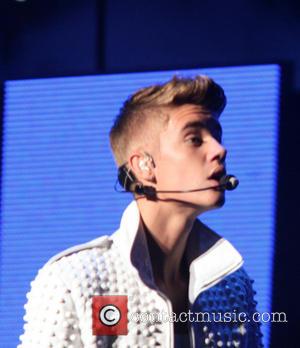 On Wednesday (May 14th) it was reported that Justin Bieber was being investigated by the LAPD for apparently trying to steal a women's cell phone.

This is just the latest in a long list of legal woes the 20 year-old has racked up in 2014, but on this occasion he claims to be innocent.

Bieber took to Twitter to address these accusations of robbery for the first time.

"It is hard to defend myself and my privacy every moment of the day," he tweeted on Wednesday. "Then to see rumors."

Adding: "The truth will set u free. My mom raised me to be kind to others. I get judged, harassed, and I try to take the high road. Sometimes it isn't easy. But we keep trying."

"I will continue to be the man my mother raised. I love people and I will try to be kind even when things are not fair. Don't believe rumors. Thanks for those who stick by me and those that help me grow every day. I love you. Off to have fun and smile with friends. I'm human. I feel. I hurt. But I got thick skin too. I can handle it. I love you," he concluded.

The alleged incident occurred on Monday night (May 12th) at the Sherman Oaks Castle Park in Los Angeles, where Bieber and his entourage were playing mini-golf and hanging round the batting cages.

MORE: Another Legal Issue? Justin Bieber’s Long List of Run-ins With the Law

A women from the San Fernando Valley area, who was with her daughter, apparently saw Bieber get into an altercation with another group of males and decided to take pictures of him. But when the singer noticed this, he attempted to snatch the cell phone off her, which made the women's daughter cry. Bieber took to Twitter to address the robbery report