Justin Bieber has admitted that Mariah Yeater's paternity suit almost made him quit the music business but mentor Usher encouraged him to continue. 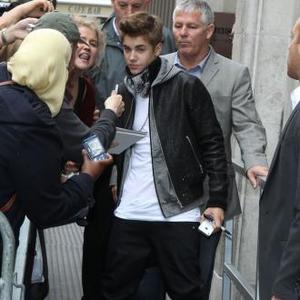 Justin Bieber has admitted that Mariah Yeater's paternity suit almost made him quit the music business.

The 'Boyfriend' singer - who is currently dating Selena Gomez - was accused of fathering another woman's child last year.

He told Fabulous magazine: ''At the beginning of it all I was in Florida, away from my friends and family and I was pretty sad.

''I got to the point where I thought, 'I don't want to do this. I just want to be normal'. It was difficult because I'd never gone through anything like that.''

Justin confessed that it was his mentor Usher Raymond, who encouraged him to toughen up.

He continued: ''Usher was like, 'Prepare to have this for the rest of your career because it's not going to stop'.

''He's gone through some stuff and most artists go through their fair share of bull. That was just my first time.''

He added about Mariah: ''I feel sorry for her more than anything. Everything that hurts you makes you stronger in the end. You've got to learn from the bad things that happen.''