Justin Bieber backed out of Naomi Campbell's NYFW Fashion for Relief show on Saturday (14.02.15) because he was too nervous to take part. 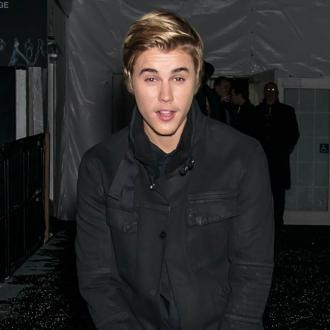 Justin Bieber backed out of Naomi Campbell's Fashion for Relief show on Saturday (14.02.15) because he was ''nervous''.

The 20-year-old pop star attended the charity fashion event as part of New York Fashion Week and was meant to take to the catwalk as a model but decided he was too frightened to take part after arriving at the Lincoln Centre where the event was taking place.

Recalling the incident, Naomi admitted: ''He was going to walk and then he got nervous. He just felt like he wanted to watch, but I thanked him for his support.''

The London-born fashionista was snapped holding hands with the Calvin Klein model while backstage at the show - which was raising funds for the Ebola crisis - but laughed off rumours the pair are dating, and explained she was simply leading him to a stylist to try on an outfit.

However, the 44-year-old supermodel admitted she was thrilled by the event despite the 'Boyfriend' hitmaker's refusal to walk the runway, and said the fundraiser's success was down to those who gave up their time, including Kelly Osbourne, Paris Hilton and Jessica Hart, who all modelled at the event.

She continued: [It was] so much fun, it was a lot of fun and everyone was there, giving their time and effort and collaboration. It was great.''

And while Naomi will celebrate the 30th anniversary of her first modelling job later this year, the star confessed she still feels uneasy when she walks the runway.

She told BBC Radio 1: ''I always get nervous, it's just the way. You never know what can happen on a live show.''