Justin Bieber has splashed out more than £100,000 on a customised Range Rover, which features a £50,000 sound system, leather interior and modified paintwork. 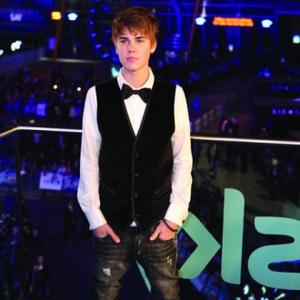 Justin Bieber has splashed out more than £100,000 on a customised Range Rover.

The 17-year-old singer is hoping to impress his girlfriend Selena Gomez with the purchase of the 'Project Kahn' car, which has a sound system worth £50,000, leather interior, modified paintwork and a Cosworth engine.

A source told The Sun newspaper: "Justin loves his motors even though he's barely old enough to drive.

"His girlfriend Selena Gomez will be well impressed with his latest. It's the business."

The 'Never Say Never' hitmaker is set to get the vehicle shipped from Bradford, west Yorkshire, Northern England, where he purchased the motor from the 'Project Kahn' operation - whose previous customers have included England soccer star Wayne Rooney and TV star Katie Price - to his Los Angeles home.

He will add the motor to his fleet of vehicles, which includes a Batman-themed customised Cadillac and a Ferrari.

Last month, he was pulled over by police in Los Angeles in his Batmobile-inspired Cadillac after he reportedly cut off an officer. He was given a warning and allowed to carry on his way.

Earlier this year, the teen heartthrob was unhurt after being involved in a minor car crash when his Ferrari - which he is thought to have been driving alongside an unnamed passenger - collided into a Honda Civic at the Studio City area of Los Angeles.