Justin Bieber has slammed his fans for screaming at his concert in Birmingham. 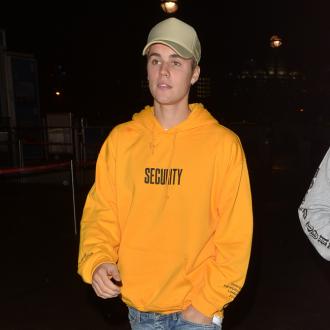 The 22-year-old pop star has blasted his paying concert-goers for screaming at his show at the Barclaycard Arena in Birmingham, West Midlands, during his 'Purpose World Tour' on Monday night (17.10.16).

He was recorded telling fans: ''Just try to show me you love me, in a different way. I get it. The screaming is just so obnoxious. I get it, it's been in our blood and it's been grand, you go to a concert and scream and stuff. But if we could just ... scream after the song, enjoy the songs ... the screaming is awesome, it's fine, and then we take a chill pill for a second and we just listen to me speak. Because ... I don't feel like I'm being heard sometimes and it's getting a little pressuring. So if when I'm speaking you guys could not scream at the top of your lungs. Is that cool with you guys?''

During the recording one woman can be heard shouting ''no'', but Justin continued, admitting he finds it ''tough'' on tour sometimes being away from his pals.

He explained: ''Like I was saying, I've been on tour for a while now. I'm away from my friends so it can be tough sometimes. I have all you beautiful people to keep me company.''

But Justin's speech didn't go down well with everyone and, one fan, Amanda Boland, 26, who travelled from Manchester for the show and recorded him making the comments and slammed him for being ''disrespectful''.

She told the Birmingham Mail newspaper: ''I really felt as though Justin was disrespectful to his fans. Not so much us, more so the young girls who queued for a long time to be at the front. We recorded the fans screaming because we didn't think we'd heard anything quite as loud at a concert before ... and what we ended up recording, to our surprise, was Bieber complaining because his fans were 'like two feet away', and they just 'needed to find another way to express themselves!'''