Justin Bieber has pulled out of his headline slot at Fusion Festival later this month due to an ''unforeseen issue'', having not played in the UK for over two years. 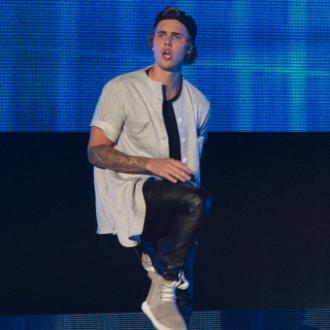 Justin Bieber has pulled out of his headline slot at Fusion Festival.

The 21-year-old singer was set to perform his first UK show in two years at the Birmingham-based festival - which is raising money for youth charity the Prince's Trust - later this month, but has axed his set due to ''an unforeseen issue''.

He wrote on Twitter: ''To all my UK beliebers...Due to an unforeseen issue I will be unable to perform at the Fusion Festival on August 28th. I support the Prince's Trust wholeheartedly and I am deeply disappointed I won't be able to perform. I look forward to the opportunity to give my UK beliebers a great show in the near future, and hope to honor my commitment to Trust at that time. (sic)''

In subsequent tweets, the 'Boyfriend' hitmaker - who will release his new single 'What Do You Mean' on August 28, the same day he was scheduled to perform in England - insisted it wasn't a decision he had taken ''lightly'' and promised he would return soon.

He added: ''And now the Uk press will start to tear me apart. Comes with the job. Love u guys regardless and I will make this up to you.

''I do want to thank the prince's trust for their understanding and I don't take moving any show lightly. I will see u soon UK.

''Back to the studio. Need to finish this album. Might have a name (sic).''

Other acts still scheduled to perform at the three-day event at the end of the month include Tinie Tempah, Rudimental, McBusted, Rixton, Clean Bandit, Labrinth, Ella Henderson, Dj Fresh, Dappy and Sigma amongst others, with organisers working to ''secure another exciting act'' to replace Justin.

They wrote on Facebook: ''We are now working hard to secure another exciting act for the festival and will hopefully have some news shortly.''