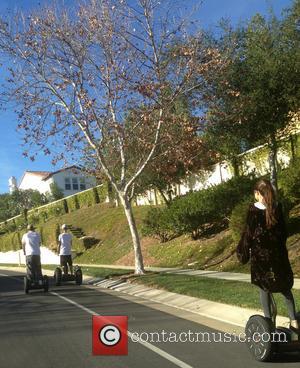 Braun is preparing to walk down the aisle after proposing to his charity worker girlfriend Yael Cohen on Sunday (05Jan14), and Bieber celebrated the news by sharing it with fans on the social networking website.

Bieber, who hails from Ontario, Canada, reveals he is thrilled that his manager is planning to marry Cohen, who grew up in Vancouver, writing, "Scooter Braun get it! The man is happy. Congrats! A Canadian. Smart."