Justin Bieber has sparked rumours he's dating model Yovanna Ventura after the pair were spotted getting cosy on Venice Beach in California yesterday (05.05.14). 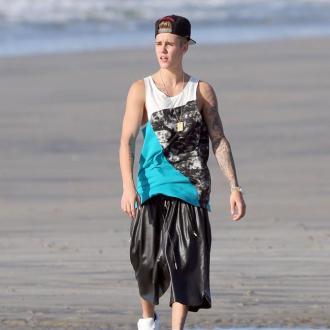 The 20-year-old hunk was spotted getting cosy with Yovanna Ventura, 18, yesterday (05.05.14) as they rode in a rickshaw through Venice Beach, California.

The pair were seen acting ''like a couple'' on the beach boardwalk, where they ''had drinks and snacks'', before Justin drew even more attention to himself by putting his hand on Yovanna's thigh while they rode the bike.

A source told E! News: ''Their relationship is blossoming. I wouldn't be surprised if they have now started dating.''

The duo have known each other since March after the stunner caught Justin's eye on Instagram and he reached out to her, before meeting her a few weeks later in Miami.

The source added: ''It's been killing her she couldn't tell anyone about him. Meeting Justin has been exciting for her.''

It appears the feelings are mutual as the 'Baby' hitmaker reportedly enjoys her company and likes talking to her.

The source explained: ''Justin really likes her. I think he really enjoys being around her. She is just such a genuine person and he likes to talk to her.''

However, the news that Justin's found himself a new love interest might not go down well with his former flame Selena Gomez, whom he has been dating on/off for three years, as she reportedly ''flipped'' out last month after the star was getting too friendly with her pal Kylie Jenner.