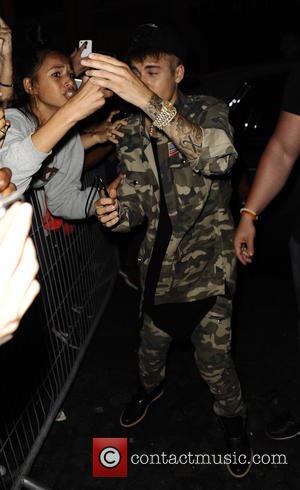 Justin Bieber has dismissed reports he went partying with Paris Hilton a day after his girlfriend Selena Gomez left him in France and flew back to the U.S.

The Baby hitmaker and Gomez jetted into Paris to attend Fashion Week events and parties earlier this week (beg29Sep14), but she left the country a day later while Bieber stayed.

On Thursday (02Oct14), Tmz.com published pictures suggesting Bieber had been seen getting close to socialite Hilton in her namesake city, but the pop star has denied claims they were partying together.

In a post on Twitter.com, he writes, "Believe anything u want but don't believe I went out with Paris Hilton, smh (shaking my head) just cuz (because) we're seen at the same event. No offense. But ew (sic)."

The post was later deleted from his account. It comes just days after Bieber was accused of clashing with photographers in the French capital. Pictures which emerged online appear to show the singer aiming a punch at a snapper outside his hotel.