Justin Bieber Edges Cheryl Cole In Race To No.1 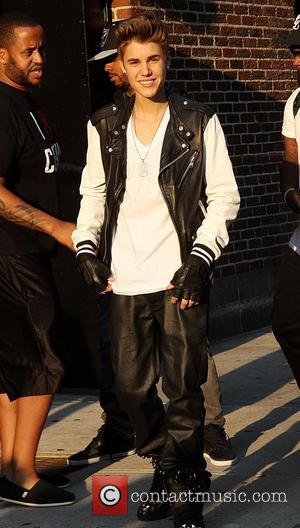 Teen pop sensation Justin Bieber 's army of 'Beliebers' have not let him down as his third studio album hits the album charts at number one; a first for him in the UK.
'Believe' sold 38,115 copies in its first week making it his debut number one album in the UK and third consecutive number one in the US. The album just beat Cheryl Cole's 'A Million Lights' by 3,181 sales despite the pre-order sales on Amazon looking more in Cole's favour. The album sold 34,934 copies last week coming in at number two; her first album to be knocked off the top of the charts since she embarked on her solo career.
'Apocalyptic Love' by former Guns N Roses guitarist Slash also looked in the running for a number one spot after pre-order sales reached 80 per cent more than Bieber. However, Slash came in at a modest number 12 with 16,864 sales. Bieber's previous highest spot in the UK album charts was number 3 with 'My World'; initially opening at number 4 but climbing to number 3 in 2010 with 36,709 copies being sold. The UK breakthrough makes Bieber the youngest male solo artist to reach number one, apart from Neil Reid, who was 12 at the time of his 1972 release.