Is Justin Bieber Facing Criminal Charges For Vandalism in Brazil?

Justin Bieber is currently under investigation by Brazilian police after he was photographed spray painting on a hotel wall. 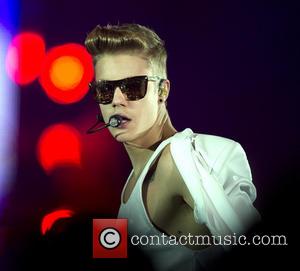 Justin Bieber must love getting in trouble lately as it is all he seems to do in his pastime.

The report adds that police want to question him about it, they went to his rented mansion but the singer was not there.

According to E!News, the graffiti was carried out by Bieber and his friends on a wall of the closed Hotel Nacional.

The gossip site also reported the local police responded to call that described Bieber as "young, blond, famous and a rebel," according to police reports.

Spray painting graffiti in Brazil is classed as 'Vandalism' and considered to be a crime, the photos that were published in Brail clearly show Bieber is guilty of this offence, which carries a fine and up to a year behind bars.

Bieber's team apparently told the authorities that he was given permission by Rio's city hall to spray paint another building but they felt it wasn't safe enough for him, so his team decided on a new location, assuming the wall was part of an abandoned building.

That is still breaking the law!

An investigation is now underway into finding out if the 'Love Me' singer actually broke any laws.

The Brazil leg of Bieber's 'Believe' world tour has been an eventful trip to say the least. Since his arrival, the 'Never Say Never' singer has been spotted leaving one of Rio's most well-known brothels called, 'Centauros' with two female friends in tow.

On November 2nd Bieber was struck by a bottle thrown by a concertgoer during his live performance of 'Boyfriend' at Arena Anhembi in São Paulo. The incident caused Justin to drop his mic and storm off stage.

Hopefully the rest of the 'Believe' tour will go without a hitch!