Justin Bieber is staying away from alcohol and junk food in the hope of getting his career back on track. 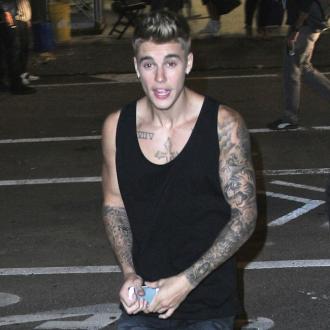 Justin Bieber has given up alcohol.

The 20-year-old hunk, who cannot legally buy alcohol in the US until he's 21, has decided to ditch booze and stay away from junk food in the hope of getting his music career back on track following a turbulent year.

A source told The Sun newspaper: ''Justin has been boasting to his friends about his new healthy lifestyle.

''He no longer drinks and has stopped eating junk food, too. He's had a difficult few months and is hoping that this will give him a fresh start.''

The Canadian star, who has found himself in a number of legal issues recently, appears to have turned over a new leaf and has also decided to give his relationship with on/off girlfriend Selena Gomez, 21, another go.

It is also believed the singer has even asked the 'Come & Get It' hitmaker, whom he first started dating in 2010, to move into to his apartment in Los Angeles with him.

A source said previously: ''Selena and Justin are a hundred percent together right now, he's asked her to move in with him and she couldn't be happier.''

The couple began dating again in January of this year, but appeared to called time on the relationship in April over Justin's alleged flirtatious behaviour with Kylie Jenner at the Coachella Valley Music and Arts Festival.

However, the 'Baby' hitmaker confirmed during a deposition earlier this month that himself and Selena had patched this up and were dating once again.