Justin Bieber has continued his feud with Seth Rogen after the actor called him a ''motherf***er'' during his appearance on 'The Howard Stern Show'. 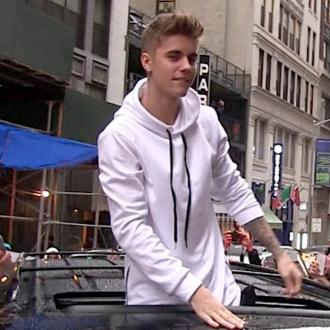 Justin Bieber has continued his feud with Seth Rogen.

The 'Boyfriend' singer offered a sarcastic apology to the 'Bad Neighbours' star for not ''bowing down'' to him during their first meeting after Seth recalled the incident during an appearance on 'The Howard Stern Show' and labelled the 20-year-old a ''motherf***er''.

Seth was left shocked when the ''obnoxious,'' ''ungrateful,'' and ''insincere'' singer - who had requested to meet him - acted aloof and disinterested in 'Knocked Up' star.

However, Justin has defended his strange behaviour by claiming he was just a ''bit shy'' and insisted he is still a huge fan of the 32-year-old.

He wrote on Twitter: ''Seth Rogan sorry I didnt bow down when I asked 2 meet u was probably a bit shy and didn't want to be over the top but still. love ur movies (sic)''

Seth has previously shared his feelings towards the young star, claiming it is easy ''hate'' Justin because he lives up to his bad reputation.

He explained: ''''He's a good example of someone you meet, who you think you're going to hate, and then you get to hate him as much as you thought.

''You meet him, and he lives up to every one of your expectations of how you hope he will be.''

Seth also posted a condemning message about Justin on his Twitter account after the singer was arrested for DUI, resisting arrest and drag racing in Miami, Florida in January.