Justin Bieber wants a new home in Hidden Valley, California, where he would have lots of land and be free from the ''rules'' of a gated community. 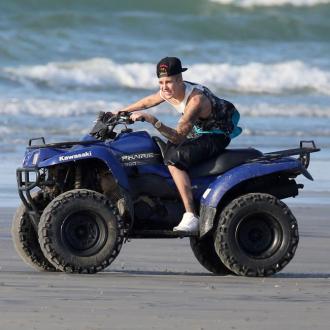 The 'Believe' hitmaker is planning to leave his current home in Calabasas, California as soon as possible following several rows with neighbours - including one which has seen him investigated by police over alleged egg throwing - and has set his sights on the area, which is around 20 miles from his current residence.

According to gossip website TMZ, the 19-year-old singer is particularly keen on the White Stallion Estates region on Hidden Valley, a community of just 10 homes each set on 20 acres, several of which are horse ranches.

And if he can't get a home in White Stallion Estates, Justin is also interested in Portrero RD in Hidden Valley, where the houses are also set on huge spaces of land. However, the 'Baby' star recently missed out on one home he was keen on, which sold to someone else for $9.5 million.

The singer - who is said to have been looking to move for three months - wants space to roam on ATVs (all-terrain vehicles) and to house a skate park.

His advisers have told realtors he does not want a property in another gated community which would have rules and regulations.