While Stereophonics have scored their sixth UK number one album with ‘Keep The Village Alive’.

A fortnight ago Justin Bieber scored his first ever UK number one with ‘What Do You Mean’ and now he’s back in the top spot again this week. The single has risen one place to reclaim the number one spot, after being knocked off by Sigala’s ‘Easy Love’ last week, which has now fallen to number two. 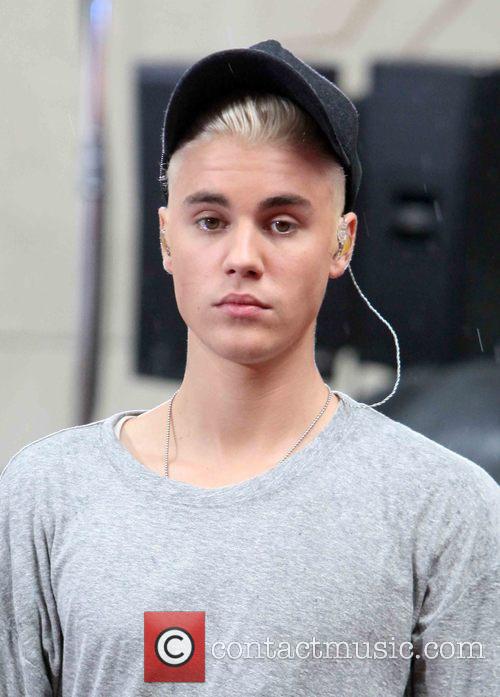 Justin Bieber’s What Do You Mean has topped the UK single’s chart.

In the number three spot was Calvin Harris and Disciples with ‘How Deep Is Your Love’, which scored over 2.1 million plays this week to rise one place in the chart. Jess Glynne’s ‘Don’t Be So Hard On Yourself’ fell one place in its sixth week on the chart, while The Weeknd’s 'Can’t Feel My Face' is a non-mover at number five.

R City and Adam Levine climbed a massive 23 places with 'Locked Away' which is now at number 16. But you have to go all the way down to number 18 to find this week’s highest new entry ‘Wickedskengman4’ by Stormzy, which is the British MC’s first ever top 40 hit.

Over in the album chart it was a three way battle this week between Stereophonics, Bring Me The Horizon and The Libertines, with the veteran Welsh rockers coming out on top. Keep The Village Alive gave Stereophonics their sixth UK number one album and their first in eight years.

More: Read Our Review Of Stereophonics - Keep The Village Alive

Spekaing to OfficialCharts.com, Stereophonics frontman Kelly Jones said, “I love this band. To have got to Number 1 on our own record labelisamazing! Twenty years in fans old and new have got us to the top! We love ya! Thank You All. Keep YOUR Village Alive”.

Only 1300 combined chart sales behind were Bring Me The Horizon, whose That’s The Spirit entered at number two. In at the number three spot was the reunited Libertines with their first studio album in 11 years Anthems For Doomed Youth. Another new entry at number five was from Duran Duran with Paper Gods.