Justin Bieber is 'figuring stuff out'

Justin Bieber is 'figuring stuff out' according to his 'Never Say Never' documentary director Jon M Chu, who thinks he will continue to be a ' good kid' 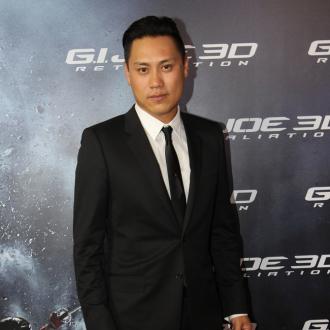 Justin Bieber is a ''good guy'' who is still ''figuring his stuff out'', according to his director and friend Jon M. Chu.

The 'Never Say Never' film maker has rushed to the defence of the 19-year-old Canadian singer - who has attracted controversy recently after delaying a recent concert in London by two hours, threatening a photographer and allegedly being kicked out of a hotel in Paris for his ''attitude''.

Jon exclusively told BANG Showbiz at the London premiere of his new movie 'G.I. Joe: Retaliation' on Monday night (18.03.13): ''I love the kid. The kid's a good guy. I'm about to see him tomorrow, so I'm excited to catch up with him tomorrow. He's amazingly talented. And he's growing up. He's figuring his stuff out.''

But he believes Justin is more than capable of handling criticism and realises it helps him to stay grounded.

He said: ''I think it's good to keep him in check in everything he does. I know he takes that as well and grows as a human being. But yeah, I think he's a good kid and he'll continue to be a good kid.''

Asked if the duo might team up for a follow up documentary in the future, Jon said: ''Maybe. We'll see.''

Justin recently hit back at his critics and insisted his family are proud of his achievements but admitted he will make probably more mistakes in the future despite his desire to be a ''good person''.

In a lengthy rant on Twitter, he wrote: ''All this isn't easy. I get angry sometimes. I'm human. I'm going to make mistakes. I'm going to grow and get better from them.''