Justin Bieber enjoyed a boozy lunch with Kendall Jenner in Paris today (30.09.14), while his girlfriend Selena Gomez was sightseeing with friends in the city. 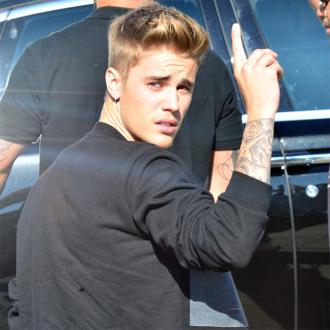 The 'Baby' hitmaker, who is currently in Paris with his on-again, off-again girlfriend Selena Gomez, was spotted sipping champagne with the 18-year-old model at Michelin-star restaurant Ferdi while the 'Come & Get It' hitmaker was sightseeing with friends in the city.

The duo arrived at the venue together in a chauffeur-driven black car, but rushed inside in a bid to avoid photographers, according to the MailOnline.

Shortly after their lunch, Justin, 20, wrote on Twitter: ''I love Paris''

News of their meeting comes as a surprise, as Selena, 22, distanced herself from Kendall and her younger sister Kylie Jenner, 17, after they attended the Coachella Valley Music Festival in California earlier this year because she found text messages from Kylie on Justin's phone.

But the brunette beauty reportedly ended her feud with the 'Keeping Up with the Kardashians' stars in April after realising she ''overreacted.''

Selena and Justin - who started dating in 2010 - most recently rekindled their romance last month.

The couple flew to Paris together yesterday (29.09.14) after returning from a romantic holiday in St. Martin and are planning to move in together in Los Angeles.