Justin Bieber, Katy Perry, Rihanna and David Beckham are among the social media celebrities that have been nominated for the inaugural Social Star Awards in Singapore on May 23 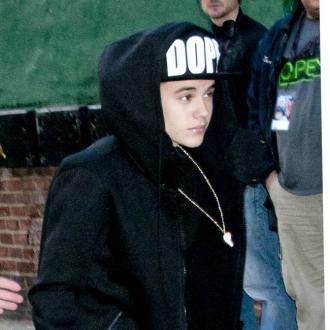 Justin Bieber is among the leading nominees at the world's first Social Star Awards next month.

The 19-year-old Canadian popstar, who has more than 52 million Facebook fans and 37 million Twitter followers, will fight off stiff competition from 'Stay' singer Rihanna, 28-year-old star Katy Perry and Korean hitmaker PSY in a bid to be crowned the Most Popular Music Solo Artist of the year at the inaugural 24-hour multi-genre event in Singapore on May 23, that have been dubbed the Oscars of social media.

Other nominees include Justin Timberlake, 32, One Direction, David Beckham and Cristiano Ronaldo.

Some 288 Social Stars will be handed out at the glitzy ceremony, based on the data of 1.7 billion users by social media analysis experts Starcount.com, at the Marina Bay Sands hotel, which will be broadcast live exclusively on YouTube.

Fans can download Starcount's brand new app Social Fan Charts and connect with their favourite star's fan chart and awards for ''superfans'' will also be presented on the night.

One of the winning Social Stars will go on to be crowned The Social Star Almighty - the most popular social media star on the planet.