Justin Bieber over an hour late for London concert

Fans of Justin Bieber were furious after he was an hour and a half late for his concert at London's O2 on Monday (04.03.13). 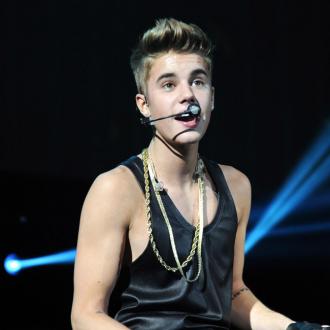 Justin Bieber infuriated fans by showing up an hour and a half late for his London concert on Monday (04.03.13).

The crowd at the 'Baby' hitmaker's gig at the O2 could be heard booing before Justin, 19, finally made it on to the stage on the latest leg of his 'Believe' tour but they quickly forgot their disappointment as he launched into a string of his hits.

A source exclusively told BANG Showbiz: ''The fans were infuriated and they were booing on a number of occasions before he finally turned up on stage on a strange mechanism which made it look like he was floating through the air. Everyone was quick to forgive him though.''

Meanwhile, Justin's friend Jaden Smith, 14, arrived at the concert with his reported girlfriend Kylie Jenner and onlookers claimed the duo were holding hands after they appeared on stage to throw out fliers to the crowd promoting Jaden's new movie 'After Earth'.

The source added: ''Jaden and Kylie were both wearing masks and throwing fliers out to fans. Then they took off the masks and revealed themselves to the crowd.

''They were side by side and appeared to be holding hands as they greeted fans in between Carly Rae Jepsen and Justin Bieber's performances. They looked like a couple.''