Pop Superstar Justin Bieber Has Scored A Rare U.k. Chart Feat After Returning To Number One For The Third Non-consecutive Week With His Hit Song What Do You Mean?. 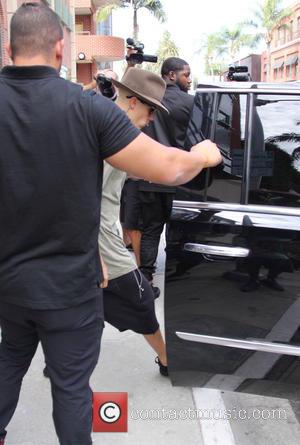 The single became the U.K.'s fastest-selling track of 2015 and his first number one there upon its release last month (Sep15), and it bounced back to top the countdown again two weeks later (18Sep15).

Now What Do You Mean? has become a chart topper for the third time, making Bieber only the fourth artist in British music history to boast the honour. Pharrell Williams previously achieved the feat with Happy, while other three-time number ones are Frankie Laine's I Believe and Guy Mitchell's Singing The Blues.

Bieber beats R. City and Adam Levine's Locked Away collaboration, which climbs one place to two, while Sam Smith's new Bond theme Writing's On The Wall slips from first to third place.

Meanwhile, dance stars Rudimental take over the U.K. albums chart with their new release We The Generation, ahead of Ed Sheeran's X and Jess Glynne's I Cry When I Laugh, which are at two and three, respectively.