Justin Bieber Under Investigation By LAPD Over Alleged Attempted Robbery

The 20 year-old pop star was accused of attempted robbery while visiting the Sherman Oaks Castle Park in Los Angeles on Monday night. 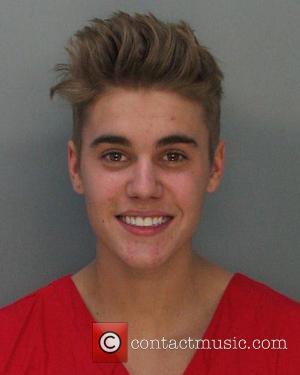 The 20 year-old pop star has ran into even more legal trouble and is now being investigation by the LAPD after getting accused of attempted robbery on Monday (May 12th).

TMZ reports, a women from the San Fernando Valley area claims she was at the Sherman Oaks Castle Park when she spotted Bieber and is entourage playing Mini-golf, and hanging round the batting cages.

The women, who was with her daughter, apparently saw Bieber get into an altercation with another group of males and decided to take pictures of him. But when the singer noticed this, he attempted to snatch the cell phone off her, which made the women's daughter cry.

The gossip site managed to obtain a photo of Bieber with Castle Park security guard who was trying to calm the situation.

"Detectives are currently interviewing the victim. It was reported at 10.30 p.m. Monday night to our Devonshire location and occurred earlier in the day in the Valley," Officer Rosario Herrera told The Hollywood Reporter.

Adding, "As of right now, no arrest has been made and detectives are currently interviewing the victim."

This is only the latest in a string of legal issues Bieber has ran into in 2014, which started with his arrested in Miami on Jan 23rd for drag racing in a residential area. Police brought the 'Never Say Never' singer into custody and charged him with resisting arrest without violence, drag racing, three charges of DUI and driving without a valid license.

He will be going to trail to face these charges on July 7th.

Bieber is still facing legal action in the egg-throwing incident that occurred in January in his Calabasas, Calif., neighborhood, he may face vandalism charges. Bieber is being investigated for attempted robbery