Justin Bieber's new documentary movie 'Believe' will be screened exclusively in the UK by Vue cinemas from December 26. 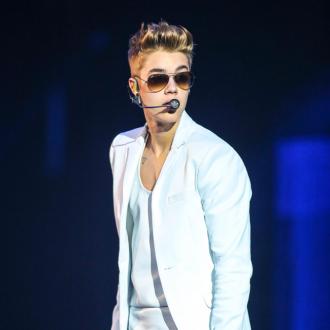 Justin Bieber's new documentary movie 'Believe' will be shown exclusively by Vue cinemas in the UK.

The 19-year-old pop star's fervoured teenage fan base have successfully campaigned the British cinema chain to screen his new movie, directed by Jon M. Chu, in Britain by sending out more than 5,000 Twitter pleas and 2,000 emails.

'Believe' will screen in Vue cinemas across the country for one week only from December 26.

Vue Entertainment CEO Tim Richards said in a statement: ''We were overwhelmed with the sheer number of Justin Bieber fans up and down the country wanting to see the film, and so we are thrilled to be able to satisfy the demand as the only cinema in the country to show 'Believe'. It also goes to show how powerful social media can really be not to mention the power of the Beliebers.''

'Believe' follows the 'Boyfriend' singer's travels all over the world on his recent world tour.

The documentary comes after the success of his 2011 concert film 'Never Say Never', also directed by Chu, which was a huge box office success.

That film opened to $29 million in its first weekend of release in the United States and went on to gross over $98 million worldwide.