Justin Bieber's dad has blamed the ''lies of the enemy'' in the wake of his son's arrest for drink driving, resisting arrest and drag racing in Miami earlier this week. 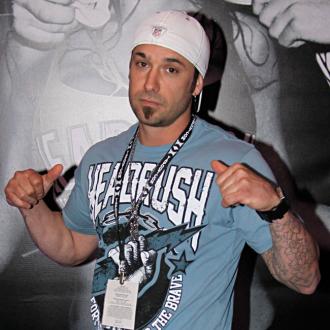 Justin Bieber's dad has blamed the ''lies of the enemy'' in the wake of his son's arrest.

Jeremy Bieber was with his son in the early hours of Thursday morning (23.01.14) shortly before he was arrested in Miami, Florida and charged with drink driving, resisting arrest and drag racing, but has defended his parenting skills.

He cryptically wrote on Twitter: ''I can protect my kids, but I can't protect them from you and your lies. Believe in the truth not in the lies of the enemy. #reallife (sic)''

Jeremy - who is rumoured to have helped bock the road Justin was racing on - also tweeted him and his step brother and sister, Jaxon and Jazmyn, saying simply ''love''.

However, just a few hours after Justin, 19, was bailed, he was pictured with his father appearing to enjoy a few alcoholic drinks.

Meanwhile, the 'Beauty and a Beat' singer is said to be avoiding his mother, Pattie Mallette, in the wake of his arrest as she is trying to get him to voluntarily check himself into rehab.

A source said: ''Justin is not listening to his mother and he's been trying to avoid dealing with her and other people in his camp.''

Justin's manager, Scooter Braun, is said to be upset with the singer's actions, but sent him a message of support on Twitter.

He wrote: ''@justinbieber love you and i will act in the manner of someone who truly cares.