Justin Bieber's manager Sccoter Braun has allegedly kicked his friends Lil Twist and Lil Za out of the singer's house because he thinks they are a bad influence on Justin. 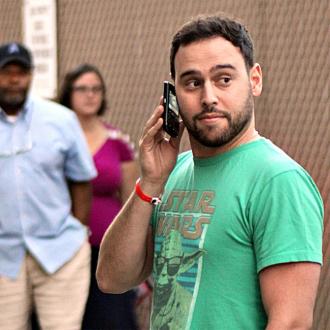 Justin Bieber's manager is kicking his friends out of the singer's house.

The 'Beauty And A Beat' hitmaker's advisor Scooter Braun, who also represents The Wanted and Carly Rae Jepsen, has allegedly ordered Justin's friends Lil Twist and Lil Za to leave his property in Calabasas, California, after his neighbours complained they were wreaking havoc in the gated community.

A source close to the situation told gossip website RadarOnline.com: ''Lil Twist and Lil Za have basically been ordered by Scooter to vacate Justin's house.

''He wants them out by the end of the month and they've even already been set up with their own apartments.''

The 19-year-old star's friends have been accused of speeding recklessly in the neighbourhood and throwing wild parties over the past few months, even when Justin is out of town.

The insider said that Scooter thinks the duo are a bad influence on Justin and blames them for a lot of the bad press he has attracted in recent months.

The source added: ''There's a growing disenchantment with them. But there's no specific ultimatum date.

''Scooter's cleaning house, and it starts with Lil Twist and Lil Za.''