A glass mansion which Justin Bieber moved out of last week got trashed during a Grammy Awards after-party hosted by hip hop star Meek Mill, it was been reported. 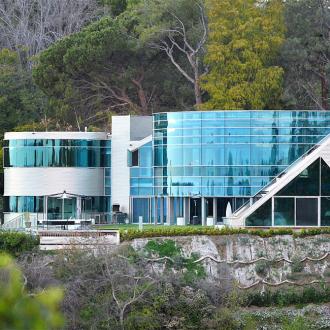 A glass mansion recently rented by Justin Bieber was trashed after a fight broke out at a Grammy's after-party there.

According to TMZ, the 'Never Say Never' hitmaker moved out of the abode last week and US hip hop star Meek Mill moved into the Beverly Hills pad for a week and then hosted the bash, which was attended by the likes of Khloe Kardashian, Chris Brown and Nicki Minaj, after the star-studded ceremony on Sunday night (08.02.15).

Law enforcement sources told the gossip website that police had to be called after ice sculptures and punches were thrown when rival gang members clashed during the event, which Justin also attended.

Despite the fracas, the officials are not thought to have entered the property or arrested anyone.

Meek, 27, is said to have taken over from Justin at the house and signed a one-week lease on the property.

In December last year it was reported that the 20-year-old singer had moved into the six-bedroom mansion on a short-term lease and he was said to be splashing out just under $60,000 per month to rent the impressive home.

It is not known whether or not Justin was due to move back into the abode after Meek's one-week lease.