Justin Bieber has admitted he has a man crush on Ben Affleck because he thinks his ''vibe is cool''. 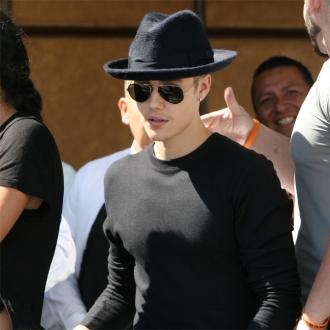 Justin Bieber has a man crush on ''cool'' Ben Affleck.

The 'Boyfriend' hitmaker couldn't help but praise the 'Batman v Superman: Dawn of Justice' actor because of the way he conducts himself and his success.

When asked who his man crush is, he said it was the 42-year-old actor, before adding: ''I think his vibe is cool.''

Justin is also keen on having similar powers to Ben's superhero character so he was able to disguise himself from the public and paparazzi if it got too much for him.

In an interview from the new issue of Men's Health magazine, he said: ''I wish I had the Batman thing where people didn't know I was Bruce Wayne. Like I had a costume or something.''

Talking about how odd he finds his level of fame, he added: ''I never thought I'd see my own billboard on Sunset, in Hollywood. I remember just thinking that I'd never even go to Hollywood, living in a small town in Canada, just watching TV. That was never even a thought.''

Despite being a internationally-recognised pop star, the 'As Long As You Love Me' hitmaker has insisted that he isn't ''self-centred'' but believes he is different to others.

Justin - who was discovered when he was 13-years-old - added: ''I've always been different, and I haven't been afraid to be different.''