Justin Bieber's mother Pattie Mallette admits she worries about him all the time and finds it difficult to let him make his own mistakes but she is trying to be supportive. 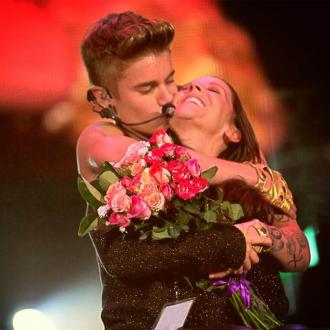 Justin Bieber's mother finds it ''difficult'' to let him make his own mistakes.

Pattie Mallette is still trying to come to terms with the fact that the 'Beauty And A Beat' singer, who celebrated his 19th birthday in March, is a legal adult and can make his own decisions but still calls him every day.

She told People magazine: ''When your kids hit a certain age your parenting style changes and it is hard letting go.

''His life was my life and now I've had to let him go a little bit and let him be independent. It is hard to not be able to control everything that your adult child does.''

The 37-year-old author doesn't like being asked questions about her son's recent bad behaviour, which includes peeing in a mop bucket while shouting ''F*** Bill Clinton'' [the former President of the United States] and partying at nightclubs in the U.S. despite being two years underage, as she wants to support him as much as possible.

She said: ''Every parent worries. I text and call him every day. I definitely want to know everything that he is doing and what he is going through so I try to talk to him as much as he'll let me. I mean, he's on tour and being pulled in a million different directions but we talk as much as he is able.

''A lot of people might think that I have my head in the sand or that I am oblivious to the things my son is doing. I know who my son is and I don't always agree with every single thing that he does but I don't necessarily have to address that with everyone else. He's my son and I have to respect he is not going to want me going around being 'that mom' talking about his behaviour.''