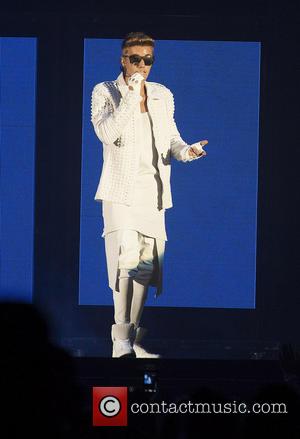 Justin Bieber's manager Scooter Braun delayed the release of the pop superstar's new concert movie until the end of the year (13) after the teen began hitting headlines for all the wrong reasons.

The Baby hitmaker has fallen foul of the law on multiple occasions amid reports of speeding inside the gated community of his Los Angeles home and defacing building walls with graffiti in Brazil and Australia, while he has also been showing up late at concerts and was caught urinating in a restaurant mop bucket - all in the space of a few months.

Braun claims the drama prompted Bieber's handlers to stall plans to release the concert film over the summer (13) to give them time to rework the project, and sit the singer down for an in-depth interview with director Jon M. Chu to share his side of the story.

And Chu pushed Bieber so close to the brink, he struggled to hide his emotions on camera.

During an interview on U.S. news show Access Hollywood Live, Braun explained, "I think he's going through normal teenage stuff and he's trying to fight this idea of wanting to be normal, but then the responsibility that comes of being who he is, I think we address that in the film...

"We made this film and we actually canned it for six months because we realised with all the rumours coming, we couldn't address them all, and we'd be sitting there defending and having to prove this, that and the other...

"We decided to have him address everything, so in the film, he actually does a three-hour sit-down interview and we chopped it up and put the best bits in the film... Jon asked him really hard questions, like, 'People think you're the next trainwreck; what do you say about that?' or 'This happened. What really happened?', to the point where he broke down at one point and he said, 'Put it all on the film.'"

Justin Bieber's Believe concert documentary is set to hit movie theatres on Christmas Day (25Dec13) and Braun insists fans and critics will learn a lot from the film.

He added, "I think this movie was kinda liberating. I think the last movie, Never Say Never, did extremely well and it represented hope, it represented a kid who came from nothing and lived the dream, and this movie is what happens when you get knocked down... This movie shows Justin facing adversity and how he's really responding to it... so this movie really addresses that..."