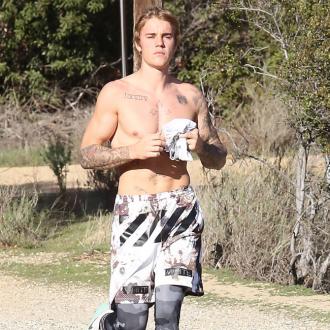 The 'Love Yourself' hitmaker embarked on his string of performances in March 2016, which saw him jet across the globe over the next few months until September 6 to wow crowds with his songs, and it is believed the profits made from his shows is believed to have totalled a large sum of money spanning into a nine-digit figure.

According to Billboard, the Box Office has reportedly counted almost three million tickets have been sold over the 122-stop world tour.

The Canadian heartthrob has visited Seattle as well as Australia to put on an unforgettable performance, and he is set to venture to Ecuador's Estadio Olímpico Atahualpa on Saturday (08.04.17), before travelling to Israel, Puerto Rico, South Africa and Europe in the forthcoming months.

Although the golden-haired hunk has only played 10 shows so far this year, he's popularity is believed to have seen him raise $40 million at present.

It is clear Justin has a huge fan-base, but he has tried to avoid taking photographs with them because he was sick of being treated like a ''zoo animal''.

Speaking previously on his Instagram account, he wrote: ''If you happen to see me out somewhere know that I'm not gonna take a picture I'm done taking pictures. It has gotten to the point that people won't even say hi to me or recognize me as a human, I feel like a zoo animal, and I wanna be able to keep my sanity. (sic).''