Justin Bieber sought treatment in hospital on Wednesday (03.09.14) after spraining his wrist. 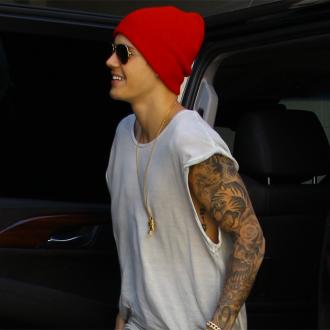 The 20-year-old star, who arrested and charged with driving dangerously and assault on Friday (29.08.14) after crashing his ATV into a paparazzo's minivan and then getting into a fight with him while enjoying a ''peaceful'' date with Selena Gomez near Stratford, Ontario in his native Canada, visited a local medical centre with a wrist injury.

A source told gossip website TMZ.com that the 'Confident' singer suffered a sprain, but it is not known whether he sustained the injury during his ''physical altercation'' with the photographer.

Justin, who was released shortly after his arrest, was subsequently charged and is scheduled to appear in court on September 29.

If convicted, the star could be jailed for violating his probation, which he was placed on for two years recently after egging his former neighbour's house in Calabasas, California earlier this year.

Last week, Justin compared himself to Princess Diana after being involved in a minor car accident with another photographer in Los Angeles and called for new laws to protect him from suffering the same fate as the late Princess of Wales, who died in a crash in Paris in 1997.

He wrote on Twitter: ''There should be laws against what I just experienced. We should have learned from the death of Princess Diana... I don't have a problem with Paparazzi but when they act recklessly they put us all in danger.''