Justin Bieber receives weekly advice from A-list actor Will Smith, who has expressed his concern for the 19-year-old pop star in the wake of his controversial antics this year. 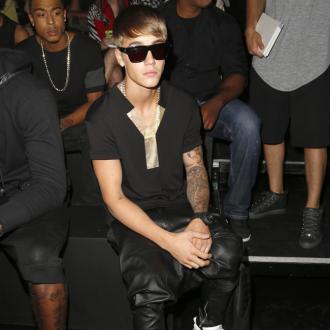 The A-list actor has taken the 19-year-old pop star under his wing following a slew of headline-making antics this year - including getting into a heated confrontation with a paparazzi photographer - and regularly gives him advice.

According to the 'Boyfriend' hitmaker's manager Scooter Braun, Will - whose son Jaden, 15, is pals with Justin - drove to Justin's house and pulled him out of bed for a three-hour talk when he returned home from the controversial European leg of his 'Believe' tour in May.

Scooter recalled Justin's reaction, revealing: ''He said, 'Man, that makes me feel so loved. I woke up, and there's Will Smith, one of, if not the, biggest movie stars on the planet. He took time out of his day for me.' ''

Since their initial chat, Will, 45, has arranged a weekly call with the young star to discuss his emotions, spirituality and more.

Scooter told The Hollywood Reporter: ''He's telling me, 'Justin's got to go through it. You can't stop him from going through it. That's youth in itself. He's a young man who's growing up, and that's what makes him interesting and relatable. Otherwise, he'd be some kind of weird robot.' ''

The 'After Earth' actor isn't the only star to voice concern for Justin, as Scooter claims he's fielded calls from Oprah Winfrey, Mark Wahlberg and Adam Levine, all of whom have reached out in support of the star.

Meanwhile, 'Hold On, We're Going Home' rapper Drake, 26, has adopted a tough love approach and is always the first person to call Justin when a new controversy arises.

The star's manager added: ''He'll text me, like, 'What the hell is going with this? I'm p***ed. I'm calling him right now. I'm about to go in on him.' Drake is like a big brother to Justin. And Justin really looks up to Drake. They have an extremely special relationship.''

Justin recently hit the headlines after he partied with a bevy of beauties in Brazil and bedded 27-year-old Tati Neves Barbosa while on tour in the South American country.

Last week, he made guests at a party at his Calabasas mansion in Los Angeles County sign a confidentiality agreement before they could come in.