Justin Bieber flashed his abs to a crowd of millions during his performance at Dick Clark's New Year's Rockin' Eve concert in New York. 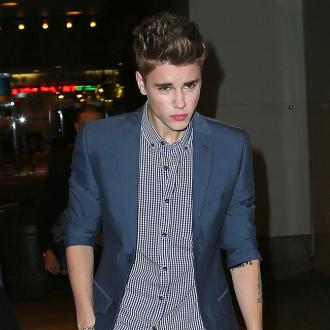 Justin Bieber showed off his bare chest during his New Year's Eve performance.

The 18-year-old heartthrob took to the stage for Dick Clark's New Year's Rockin' Eve celebrations in New York on Monday (31.12.12) and gave fans more than they bargained for when he lifted his top up during his track 'As Long As You Love Me' with Big Sean.

Justin's backing dancers then proceeded to feel his abs and drape themselves over him as part of the hands-on routine as he sung hits from his latest album 'Believe', including an acoustic version of 'Boyfriend' and 'Beauty and a Beat'.

The pop star wished fans a Happy New Year on his Twitter account beforehand, posting: ''2012 has been incredible. hope everyone is having a great new years. Let's go out BIG and have a great 2013. #MUCHLOVE to everyone! thanks (sic)''

Justin was joined by other performers such as Carly Rae Jepsen, Psy and Taylor Swift at the huge concert in the Big Apple's iconic Times Square, where millions of fans had gathered to get a glimpse at their favourite artists.

The annual event - which was hosted by Ryan Seacrest after Dick Clark's passing last April from a heart attack - drew in 10.7 million viewers on ABC this year, making 2013 the most successful show since it's Millennium concert in 2000.

Ryan also had the help of Jenny McCarthy and Black Eyed Peas singer Fergie in taking on the event and his aim was to do as well as the late TV legend in previous years.