Justin Bieber reportedly triggered Rita Ora and Calvin Harris' split after he started getting cosy with the 'RIP' hitmaker in the recording studio a few months ago. 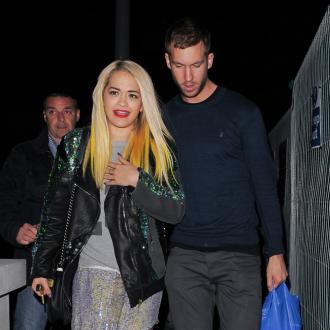 Justin Bieber is reportedly to blame for Rita Ora and Calvin Harris' split.

The 20-year-old popstar triggered the end of the couple's relationship after he became ''affectionate'' with the 23-year-old singer in a recording studio a few months ago.

A source told TMZ.com: ''Word got back to Calvin, Justin and Rita got touchy feely with each other while they were in the recording studio together over the last few months.

''Calvin heard they were very affectionate -- she would sit on his lap [and] he would rub her back.''

The 'RIP' hitmaker moved in with Calvin, who produced her new track 'I Will Never Let You Down', in Los Angeles, but he's now had her belongings removed from his home.

The source explained: ''He's already had her things removed from his LA house ... he [also] produced a few songs for her, but now he won't allow their release.''

He tweeted: ''To address speculation - myself and Rita ended our relationship some time ago. She is a beautiful, talented woman & I wish her all the best. (sic).''

Meanwhile, Calvin appears to be surrounding himself with his friends following the split as he was spotted dining with a group of pals - including Rosie Huntington-Whiteley - in West Hollywood on Thursday night (05.06.14).