One of Justin Bieber's album tracks was written about a gay love affair involving R 'N' B singer Frank Ocean. 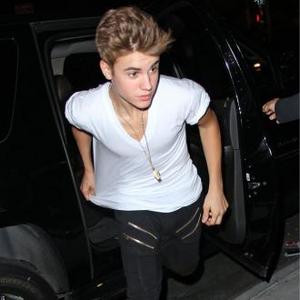 One of Justin Bieber's album tracks was written about a gay love affair.

The 18-year-old pop star recorded 'Bigger' for his first album 'My World' without knowing it was about two men breaking up.

However, songwriter Frank Ocean, recently revealed details about the track and his sexuality.

The R'N'B singer, who has also written songs for Beyonce Knowles and Kanye West, wrote on his website about his relationship with a boy as a youngster.

He said: ''Four summers ago, I met somebody. I was 19 years old. He was too. We spent that summer, and the summer after, together. It was hopeless.''

The 24-year-old appeared on two songs from Jay-Z and Kanye West's collaborative album 'Watch The Throne.'

Def Jam record label founder, Russell Simmons, wrote in a post that he is moved by Frank's ''courage and honesty.''

He wrote on his Global Grind website Wednesday (04.07.12): ''Today is a big day for hip-hop. Your decision to go public about your sexual orientation gives hope and light to so many young people still living in fear.''