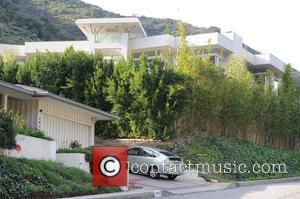 Troubled pop star Justin Bieber vowed to turn his life around after a police raid on his home last year (14).

The Baby hitmaker was stunned when officers raided his mansion in California in January, 2014 to search for evidence relating to an attack on a neighbour's home.

Bieber was later convicted of vandalism for pelting the nearby house with eggs, while his rapper friend Lil Za pleaded no contest to drug possession charges after cops caught him with ecstasy and painkiller Oxycodone during the raid.

The pop singer has now opened up about how the scary incident affected him, revealing it eventually shocked him into putting his wild ways behind him.

He tells Men's Health magazine, "My house got raided at the start of last year. That's when everything changed. Because it didn't get raided for drugs or anything. It got raided because I egged someone's house... I don't know, it was really weird. No one's ever gotten raided for eggs, ever. It's the first time."

Bieber was later arrested for a separate incident in Miami Beach, Florida, just a week after the police raid on his home. He was subsequently convicted of charges including careless driving and resisting arrest and was sentenced to anger management counselling and ordered to hand over a series of fines.